Tracing OUR STORY takes us back to the heart of OUR MISSION . . .

to glorify God by obeying His mission and making Him known here and around the world. ​

Advancing the Gospel in Catawba Valley since 1859  . . .
check out this video from our 159th homecoming
​OUR HISTORY
It might be difficult to visualize the community as it existed in 1859 at the inception of this congregation. The surrounding area, in mid-nineteenth century was marked by fertile farmlands and vast timberlands. The mining of rich ore deposits in the western part of the state created numerous opportunities for employment. The population of nearby towns was increasing rapidly, and thus produced a greater demand for agricultural products. It was during this era, just before the Civil War, that a group of Christian families, living in Catawba Valley established New Bethel Baptist Church on February 5, 1859. They gathered in small union church building, which was built in approximately 1840 in Catawba Valley on land given by Jacob Painter, that was available to all Christian denominations. For years, as many as three different denominations worshipped in the same building known as Painter's Chapel. New Bethel Baptist Church continued to meet at that chapel for over 60 years.
February 5, 1859
​HOW WE STARTED
The church gathered in a barn-like building on a site just east of the current site where a stone memorial now stands. The building, known as Painter's Chapel was shared by as many as four other denominations.​ The body of New Bethel Baptist Church continued to meet and worship at that location for approximately 60 years.

In those days, traveling preachers would take a train from the Hanging Rock Depot and church members would taxi them by horse & buggy to the community of Catawba Valley. A wooden plaque now hangs in the west entrance of the sanctuary from the pulpit wood of Painter's Chapel. 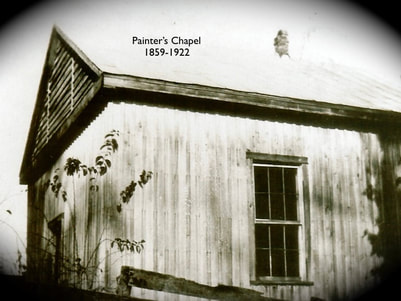 ​1860-1920's
​PAINTER'S CHAPEL
​Over the years, 31 different ministers have served as pastor to this congregation. Most of them served bi-vocationally, and many of them pastored a number of congregations simultaneously. These dedicated shepherds and servants of Christ have kept God's mission before His people. Missions "both here and around the world" has been central to the focus of our congregation throughout generations. The photo below was taken from inside Painter's Chapel in 1984 at the 125th anniversary. 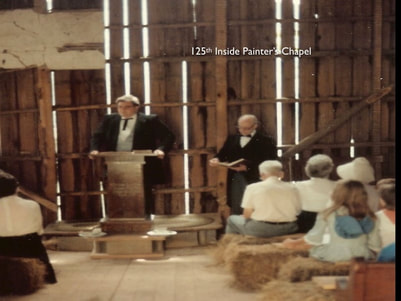 1920's
NEW LOCATION, NEW NAME
It was a number of years later, on October 26, 1919 that the body of New Bethel Baptist Church changed its name to Catawba Valley Baptist Church. In the same year, the congregation began construction on the sanctuary of our current sight. The sanctuary (current Chapel) was dedicated in June of 1922. 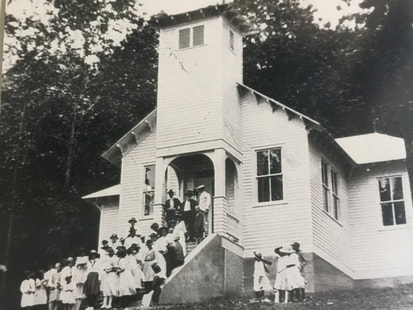 1930's - 1940's
REACHING THE NEXT GEN
​​In those early years, extensive improvement was made to the chapel including wiring it for electricity in 1939 at a total cost of $44. Catawba Valley has always made a priority of reaching the next generation. Pictured is a baptism from 1942 at the Catawba Creek. 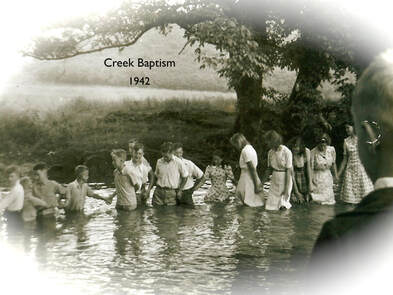 1950's - 1960's
CONTINUING TO GROW
In 1950 the first addition, on the rear of the building behind the chapel, was completed to provide space for additional classrooms. The building was insulated in 1959 and a new heating system (oil furnace) was added in 1960 which replaced the old wood burning stove which stood in the center of the sanctuary. The picture below was taken at VBS in 1951. 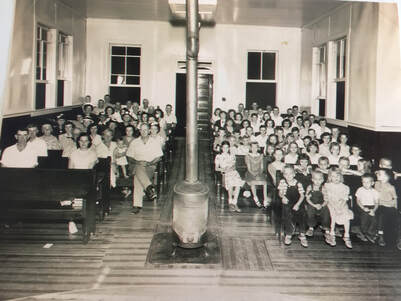 1970's
MAJOR IMPROVEMENTS
​​In 1970, a well was drilled, and water lines pumped into the building. Later in 1974, the sanctuary interior was renovated. In 1975-76, a second extensive addition to the building was completed to include classrooms, restrooms, and a small kitchen. Later the parking lot was graded and hard surfaced. 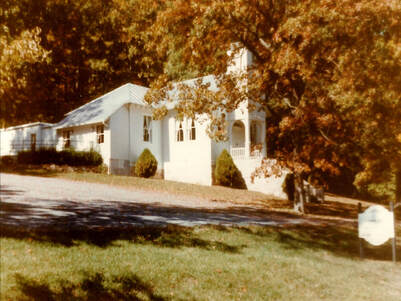 1980's
EXPANDING SUNDAY SCHOOL
​​​In 1987, the third addition was completed to include more Sunday School classrooms, restrooms, and a larger kitchen. 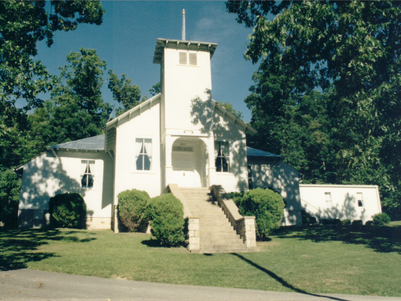 1990's - 2000's
CONTINUING TO EXPAND
​In 2004, the fourth and largest addition, a two-story structure was completed to provide space for a Fellowship Hall (current Worship Center), and a bottom level which provides large classroom space for students. In 2009, we celebrated our 150th anniversary. 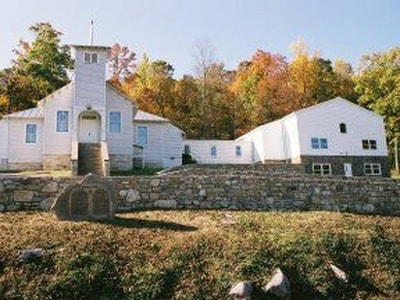 PRESENT
WHERE WE ARE NOW
​We’re grateful for God’s goodness at work both in our valley and beyond. We rejoice with those whom the Lord has added to His Kingdom and the promise that the gospel will continue to change lives! 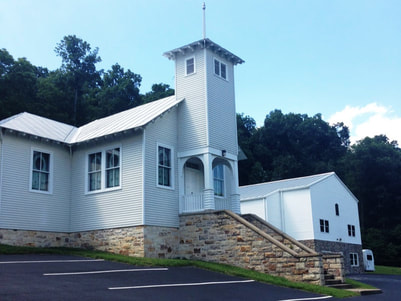 The visible location of this property provides greater opportunities to minister to our growing congregation as well as a larger venue for ministry outreach & future growth.

​As we look toward the future, we endeavor to advance the gospel of Jesus Christ and His kingdom throughout the world. ​As we stand at the threshold of what lies ahead, may we always give HIM the glory and praise! 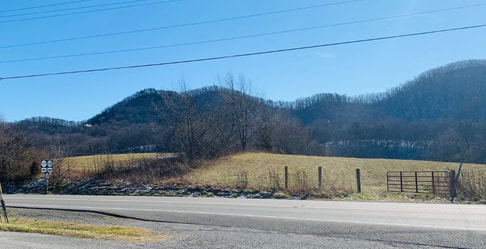 CHECK OUT OUR NEW PROPERTY
Visit our History Hallway next to the Chapel to view more photos and historical documents!

I proclaim your might to another generation, your power to all those to come.
Your righteousness, O God, reaches the high heavens. You who have done great things, O God, who is like you? Psalm 71:18-19 ESV